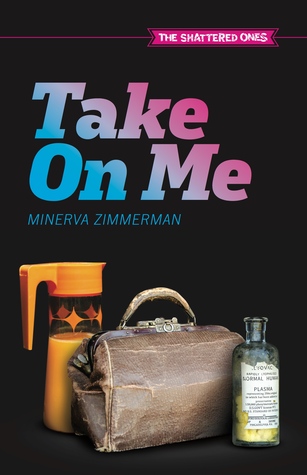 Note – this is a review of an eARC, provided to me for no-charge by the publisher Fireside Fiction Company. Fireside contacted me asking if I was interested in providing an honest review.

Alex is a centuries old vampire, trying to live his unlife peacefully while interning at a nearby hospital. Hannah is a troubled young woman with unusual strength, pushed to her emotional limit by the actions of her supernaturally manipulative brother Zac. Unable to see a way free of her brother’s influence, Hannah attempts suicide – in Alex’s shower. Finding her near death, Alex chooses to turn her into a vampire rather than let her die.

This act and the friendship they then form sets them on an unusual course, as Zac drags Hannah towards a powerful underworld figure and an old friend pulls Alex into dealing with some serious vampire business. Hannah and Alex’s worlds collide in a tense and exciting showdown.

Oh yeah. Vampires. Is there any other subject that has been so exhaustively exhumed and examined? Any chest left unstaked? Any neck yet unbitten? I confess I felt a twinge of unease when I read the blurb, a moment of questioning. Vampires have been done to death (undeath?), even when the vampires are different (aren’t they all) you run the risk of further flogging the expired equus. But that said, I don’t mind a story built on a well used trope (I’m pretty sure I’ve said so before) provided the story is good.

This story was good.

It didn’t take much reading before I was breathing a sigh of relief. I had worried for nothing. My twinge was just that – a twinge. What I appreciated here was the fact that we aren’t treated to a lengthy discussion on vampiric society, or how these vampires differ from others – we get the basics (they’re immortal, they drink blood or blood substitutes, they can walk about in the day etc), but then the book gets on with the story. It does this by staying pretty tightly focused on the main characters, and their specific issues, challenges and opponents. That said, you still get the feeling of depth, of a much bigger supernatural world out there – more vampires, more powered individuals like Hannah and Zac – which I suspect we will see in books two and three of the trilogy.

Zimmerman’s writing style is like many recently released books I’ve read – straightforward, lighthearted, conversational – which means it is very easy and quick to read. Action and dramatic scenes are well done and I particularly thought that the dialogue was a strong point; it was interesting; it moved the story forward, and there was a subtle and clever humour injected throughout that I found engaging. Also, high marks in any book set in the 80’s that references Tang. Tang was awesome.

I thought the author really nailed the relationships between main characters – particularly the contrasts between Hannah’s relationships with the two men in her life; the complicated exploitative relationship with her brother Zac, and the unconditionally supportive nature of her brand new friendship with Alex. The Hannah and Alex combination is great, but the scenes with Zac and Hannah are show-stealers; tense, complex, challenging.

I did feel that the book suffered from a few pacing issues. I found the build-up slow and a little flat in places, and the climax seemed a little short and simple for where I thought the book was going. I think the book also went on too long after the big action end point and maybe it could have been closed off a bit sooner rather than watching the character’s lick their wounds and regroup. I suspect these issues stem from the fact this is the first book in a trilogy. I got the sense this was more Act I of a larger piece and less self contained than it could have been.

A more serious criticism I have is the somewhat shallow treatment of the suicide attempt. Hannah is at the end of her tether, and attempts to kill herself. Not a cry for help, this was a real try at death by a desperate person who saw no other way of being free of her brother’s power. (Trigger warning – the following extract covers the suicide attempt).

Screw this. She wasn’t going to go to sleep and then wake up hungover and in worse shape than she started. She pinballed her way into the bathroom and retrieved the scalpel. This ends now, one way or another.

She climbed into the bathtub and tentatively touched the blade to her thumb. It cut into her flesh easily. Why was it that people cut their wrists in bathtubs anyway? She put the scalpel midway up her left forearm and applied pressure until the blade sank into her flesh. It didn’t hurt at first, then in burned. She fisted the handle and dragged it down towards her wrist until it hit bone.

Take On Me – Minerva Zimmerman

When she is mystically resurrected, she seems to adapt very quickly and then gets on with things. I would have liked something addressing this issue a little more – what Hannah saw as her only hope (death) has now been taken from her, potentially forever. Maybe this would have been inconsistent with the generally lighter more humorous tone of the book, but in my opinion what should have been a powerful and provoking personal conflict was left…undercooked.

My disappointment at this was then mostly redeemed by a flashback scene with Alex. I’m not an emotional person, but the scene with Alex and Jess…well I’m not going to spoil it, but that hit me right in the parental feels. This means Take On Me joins two other books that have made me misty-eyed in recent memory*.

So, in summary: I liked the characters, I liked the premise, I enjoyed the story, and I will certainly buy book two when it comes out**.

Take On Me is released in October 2015, and can be ordered here from Fireside Fiction. Once you have a chance to read it, drop me a line on this blog and let me know whether you agree or disagree.

*The Road and The Narrow Road to the Deep North.

**By this I mean I will actually purchase it – I wont seek an eARC for book two. Where I get a free book and I enjoy it, I generally try to spend money on something else the author has written – for example, I’ve picked up The Daring Adventures of Captain Lucy Smokeheart (I got Revision free) and have Aimee and the Bear (I got Psychic Spiders free) on the list to buy next year.

One thought on “Book Review: Take On Me by Minerva Zimmerman”