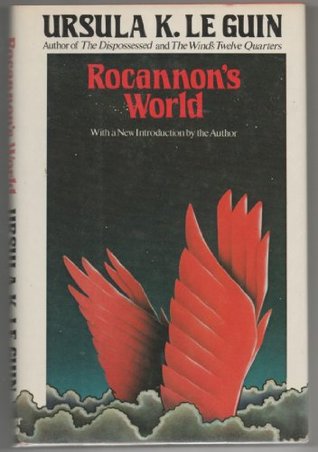 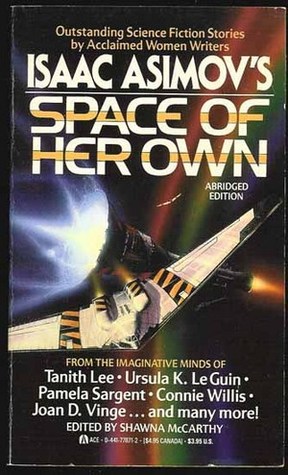 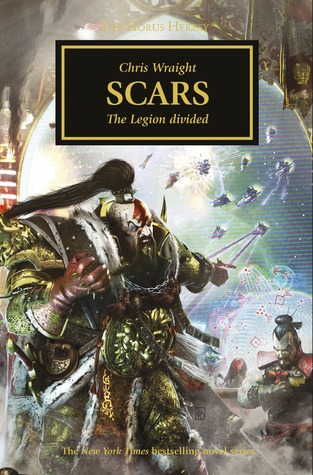 Been seriously slack on the book reviews guys…which is a real pity as I’ve read some absolute 5 star gold recently; The Unnoticables by Robert Brockway, Aurora by Kim Stanley Robinson, The Martian by Andy Weir, Annihilation by Jeff Van DerMeer… all excellent.

So it’s time to to a little catch up. Enjoy.

“I shall stay here, Olhor.”

Rocannon checked his startled reply and for a while longer watched the dancers, the changing unsubstantial patterns of firelit forms in motion. They wove a music from silence, and a strangeness in the mind. The firelight on the wooden walls bowed and flickered and changed.

“It was foretold that the Wanderer would choose companions. For a while.”

He did not know if he had spoken, or Kyo, or his memory. The words were in his mind and in Kyo’s. The dancers broke apart, their shadows running quickly up the walls, the loosened hair of one swinging bright for a moment. The dance that had no music was ended, the dancers that had no more name than light and shadow were still. So between him and Kyo a pattern had come to its end, leaving quietness.

A short book – novelette I suppose – this was a solid piece of sci-fi/fantasy genre mixing by Le Guin. Rocannon is a Terran scientist stranded on the bronze age alien world of Fomalhout II by a nearby rebellious culture that is planning an invasion of the less technological planet. Rocannon and a few natives go on a short quest to stop this invasion

This was an interesting story, using the ‘advanced technology as a type of magic’ trope nicely, but for me it just seemed a bit lacking in depth. There was not really much in the way of character development, and there was little in the way of theme. I’d have liked this to be a little deeper, like Ursula’s other better known Earthsea series (which I totally need to re-read).

Issac Asimov’s Space of Her Own – Edited by Shawna McCarthy: 3 out of 5 stars

She sank down, only then realising her weariness. As her eyes adjusted to the darkness, she saw the ghost of her hand against a rough blanket. Voices and footsteps scattered randomly around her. Someone went up the stairs above her.

She was hungry-awfully hungry-now. Beyond her door were so many people.

She knew her own ribs and hipbones and spine as hard places on her body. But there were those in the house who were not so lean. She could crawl from mat to mat and search for their hipbones and find none so sharp as her own.

“People are not food,” Brother Guy had daid to her on the second day of the camp. “When God gave Moses the laws, he said, ‘Thou shalt not kill’. It’s better to die of hunger tan to kill your fellow man. It is wrong, Martha, wrong.”

An Eighty’s Asimov science fiction anthology with all women authors. Some big names here-Ursula Le Guin, Tanith Lee, Pamela Sargent-as well as a load of names I’m not familiar with. This is a real mix of stories (I’d be hard placed to put any overarching theme) and I found the quality to be just as mixed. There are some awesome short tales here, and some stuff that I really thought should have been left off. Most (of course) sit somewhere between.

But let’s focus on what I liked. There were some consistently great post apocalypse dystopia stories. The extract from Belling Martha by Leigh Kennedy covers a brief stopover in a tough young cannibal woman’s quest to search for her father. A haunting tale by Pamela Sargent called Heavenly Flowers, a meeting of sick survivors from across the country, a somber celebration in memory of the war that ended wars. A Letter from The Cleary’s by Connie Willis, where the young daughter quietly rebels against her family’s efforts to try to an live a ‘normal life’ after an apocalyptic event.

There were also two very good stories specifically dealing with the loss of a child – very different takes, but both excellent; $CALL LINK4(CATHY) by Cherie Wilson and Shadows From A Small Template by Sharon Webb. Shadows is powerful stuff.

Overall I enjoyed it, and I’ve got a few new author names I’ll keep an eye out for.

A long time ago, before Ascension, Shiban remembered asking Yesugi why they made aspirants learn the noble pursuits when their destiny was for warfare. Now, so many years on, he understood the answer he had been given.

Killing is nothing without beauty, and it may only be beautiful if it is necessary.

He smiled as he rode. The memory lifted some of his torpor.

When the Khan kills, it is beautiful.

Another solid entry pumped bout by the Black Library Horus Heresy machine. FYI – this is book number #28 and Horus hasn’t event reached Earth yet. I don’t really care, I’m enjoying almost all the stories, and I think the guys in the Black Library are handling the story well. My guess is they will milk this series as long as they can – I just hope they keep an eye on quality.

Anyway, this story deals with a mysterious (inscrutable?) Primarch Jaghatai Khan and his internally divided White Scars legion and what side of the battle they choose. Do they remain loyal to the Emperor, or does the Legion join their rebellious brothers?

Externally the White Scars need to deal with two other Legions the viciously loyal Wolves and the traitorous and secretive Alpha. Internally, the standard intrigues, secrets and betrayals all abound in this Heresy book, with a secret lodge of warriors having infiltrated to some of the highest command positions. It’s these internal pressures that star in this book, with the lodges in the Legion trying to force the Khan’s hand and side with Horus, whilst those who remain loyal try to prevent this usurping of their Primarch’s commands.

Some great action in this (highlighting the Legion’s preference for speedy attacks) and some long overdue details on the nature and character of the mysterious White Scars Legion.

Engaging. I liked this a lot.

Ah, feels good to get these out of the way. I’ll try to pump out a few reviews of those five star books next time.