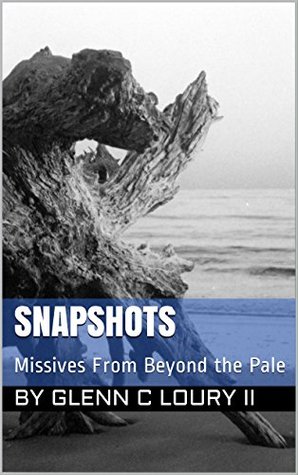 Somewhere out there is the first woman to look mortality in the face and realize that this life is all there is.

We call her Patient Zero.

The disease spreads through humanity like wildfire, a contagious apathy deadlier than any cancer. Stripping away our illusions killed millions. How long had we told ourselves there was more? That beyond life lay heaven or… something. Alas the wool fell from our eyes, no more denying the void before us. The gaping mouth of death that led to empty bowels wherein our memories were digested and, in time, forgotten.

How could we face our children? Those who were once precious to our eyes now appeared as mere ambulatory hunks of flesh born into the grave. Another shovelful of dirt heaped atop them each day.

A small collection of flash fiction pieces, rich in imagery and delightfully poetic. At 43 pages I read this in a single sitting (it was $1.49 on Australian Amazon, I understand its 99c US) and enjoyed it, but I do think I might have got more out of it had I read paced myself – perhaps only read one story a day?

Snapshots: Missives From Beyond The Pale – 4 out of 5 stars

I heard about this because I follow Glenn for his humour and hot-takes on Twitter (@justabloodygame) and have dipped into reading the occasional tale on his site/blog ‘Beyond the Pale‘. I was already keen to see what he had put together here. I wasn’t disappointed – Glenn has produced a fine compilation of story vignettes, with an ethereal yet deliberately meaningful quality to it. The imagery is fantastic, and word choice is frequently delicious.

I’m a firm believer that being active on Twitter is an excellent way of honing one’s ability to be artistic and economical with words, a valuable skill for any writer.

These are flash fiction pieces – by which I mean super-short stories – which is a format I enjoy and read a fair bit of (and of course attempt myself as readers of this blog would be aware). I’d guess each one sits between 300 and 2000 words long, which means its easy to sit down and devour them all like a carton of Pringles.

Which is of course what I did (I’m not known for my willpower).

The pieces in this book cover a range of classic themes, each one asking a thoughtful question or positing some vital proposition about life, death, love, the existence or non-existence of God. This is where I think pacing your reading might add to the enjoyment; as after reading a few tales I found there was the occasional return to an idea he had already covered. For example, there are two stories about aliens contacting Earth where their methods of communication don’t work out so well for us. With such short stories in such a short book the places where Glenn returned to the same well gave parts a disconcerting echo, rather than the reinforced resonance I think the author might have hoped for. If you read these over time, one-, two-a-day tops, I think you might avoid that sense of repetition.

There was also a very mild sense of…meaning overload? Perhaps a kind of depth-exhaustion; every piece was covering something fundamental or world ending, and bouncing from one to the next so quickly meant that some impact was lost.

Still, these are relatively minor criticisms for an entertaining first compilation from a new self-published author. My favourite piece would be ‘Sands of a Lost Life’ – its simple yet bleak and beautifully told.

Overall – I liked it.

It’s a short review today (it’s a short book), so I thought I might throw a few of my favourite @justabloodygame tweets into the end here for you. Enjoy!

"Homosexuality is a choice!" Screams a politician from the podium.

"A rad choice," He whispers later, in the well-muscled arms of his lover

[commercial for Facebook]
*man sits in tree, watching friends from high school through binoculars*
"Don't you wish there were a better way?"

Please, Mr. [Unholy screeches of the damned] was my father's name. Call me [ethereal silence on a ghost planet, haunted by sorrow and loss].

2 thoughts on “Book Review: Snapshots: Missives From Beyond the Pale by Glenn C Loury II”